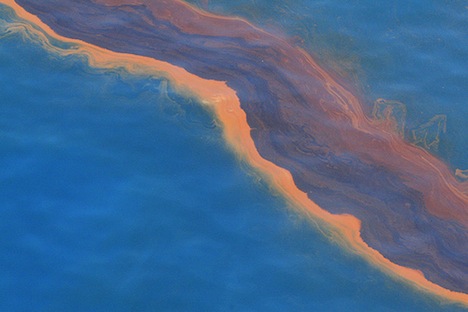 It wouldn’t be annual shareholder meeting season without a good public relations pitch from oil companies on their plans for “climate ambition” and “energy transition” – especially with major investors demanding it. This week, both Shell and BP claimed that their plans are aligned with the Paris Agreement, while diverting attention away from what really counts towards meeting it: reducing actual carbon emissions.

Shell CEO Ben van Beurden claimed on Tuesday that his company’s “net carbon footprint” is in line with the Paris goals. Yet analysis from Milieudefensie and Oil Change International show that Shell’s plans to reduce its “net carbon footprint” could see Shell’s actual emissions rise through 2050. A commitment to reduce the “emissions intensity” of fuels is not the same as reducing their actual extraction.

The same day, BP chairman Helge Lund penned an op-ed in the Financial Times assuring investors that they “really want” a “fast-paced transition” to lower-carbon energy. But as Jeremy Leggett pointed out, BP’s idea of “fast-paced” appears to involve the world burning slightly more oil and gas in 2040 than in 2017. When Church of England shareholders asked Lund to commit to a date for achieving net-zero emissions, he refused.

Ultimately, the data doesn’t lie: Shell and BP keep investing to drill more carbon out of the ground. And citizens see this reality. Seven civil society groups and over 17,000 citizen co-plaintiffs in the Netherlands are suing Shell to force the company to actually align with the Paris goals. The day before BP’s meeting, protesters shut down entrances to the company’s UK and U.S. headquarters, demanding an end to “searching for new oil and gas,” including in the Arctic Refuge of Alaska, sacred land to the Gwich’in Nation.

Platform, Oil Change International, and Friends of the Earth Scotland released a report this month presenting new research on the climate harm of UK oil and gas extraction and how to chart a managed phase-out with a job-creating Just Transition to clean industries.

The Sea Change report includes findings on the emissions effect of massive subsidies for oil companies, shown in the graph below. Recent UK subsidies and support for oil and gas extraction will add twice as much carbon to the atmosphere as the UK’s phase-out of coal power saves. This effect would increase if the government moves forward with further tax incentives to increase North Sea production. The analysis underscores that climate leadership is incompatible with maximising oil and gas extraction. Indigenous Waorani win landmark legal victory against Ecuador oil auction
The Waorani tribe of the Amazon won a potentially precedent-setting court victory last month to protect their territory from oil exploration. A three-judge panel ruled that the Ecuador government had failed to ensure free, prior, and informed consent before including Waorani territory in a proposed oil auction. In celebrating the ruling, Nemonte Nenquimo, a Waorani leader, affirmed, “Our territory is our decision, and now, since we are owners, we are not going to let oil enter and destroy our natural surroundings and kill our culture.” According to Amazon Frontlines, a group that helped argue the case, the decision could set a precedent for defending Indigenous rights across the Amazon, including those of six other Indigenous nations who were “subject to the government’s same flawed and unconstitutional prior consultation process in 2012.”

Dutch court will hear Ogoni Nine widows’ case against Shell, setting human rights precedent
Twenty-four years after the Nigerian government hanged Ken Saro-Wiwa and eight other Ogoni leaders over their peaceful resistance to Shell’s polluting oil operations, four widows of the Ogoni Nine are finally getting heard in court. On 1 May, the District Court of The Hague ruled that it has jurisdiction to hear the women’s case, which charges Shell with complicity in their husbands’ unlawful arrest and execution. As part of the ruling, Shell will have to turn over internal documents related to its oil dealings in Nigeria. The ruling “sets an important precedent for other victims around the world who are seeking to hold powerful corporations to account,” said Mark Dummett of Amnesty International.

Overexposed: USD 5 trillion in Big Oil spending would push past Paris limits
A new report by Global Witness finds that the oil and gas industry is set to spend USD 4.9 trillion over the next ten years on exploration of and extraction from new fields – and that all of this new extraction would be incompatible with limiting warming to 1.5°C. The report bases its analysis on the latest industry forecasts and scenarios from the Intergovernmental Panel on Climate Change (IPCC)’s landmark report on 1.5°C.

Pipeline Bubble: North America leads risky infrastructure building spree
In late April, Global Energy Monitor (formerly CoalSwarm) released its first report on findings from the Global Fossil Infrastructure Tracker, which maps and categorizes existing and proposed oil and gas pipelines and oil, gas, and coal terminals across the world. The report finds that North America accounts for over half of pipeline projects under development globally.

California coalition launches call for new governor to phase out drilling
An alliance of more than 800 community, environmental justice, faith-based, and climate groups is urging California’s new governor, Gavin Newsom, to become the first elected leader of a major oil-producing region to commit to phasing out fossil fuel production. After years of campaigning led by frontline communities, there are signs of progress: Gov. Newsom’s May budget proposal included “the first public acknowledgement by a California governor of the need to address the state’s fossil fuel extraction,” according to a coalition statement. See the campaign video featuring frontline youth leaders.

Argentine groups file criminal complaint against Shell over fracking waste
In 2018, the Mapuche Confederation sued several oil companies for illegally dumping toxic fracking waste while expanding extraction in Argentina’s Vaca Muerta shale play. Last week, just ahead of Shell’s annual meeting, Greenpeace, the Argentina Association of Environmental Lawyers, and the Permanent Assembly for Human Rights of Neuquen, with the support of the Mapuche Confederation of Neuquén, presented evidence for adding Shell to the criminal case. Shell has announced plans to increase its oil production in Vaca Muerta to 70,000 barrels per day by 2025, up from 4,500 barrels per day now.

Protesters occupy Nord Stream 2 gas pipeline, halt construction
Five protesters walked deep into a section of laid pipe in northern Germany last week, temporarily halting construction of the 760-mile Nord Stream 2 gas project, which would expand supplies from Russia. The protesters drew attention to the need to shift away from gas to address the climate emergency: “In Germany, gas is advertised as a bridge technology but it is as destructive as [coal]. That is why we … should stop using fossil fuels instead,” said one participant.

More oil oppression in Ogoniland
As widows of the Ogoni Nine seek justice, Ogoni communities continue to confront a legacy of toxic contamination and new threats from oil development. The Guardian in Nigeria reports that the government intends to restart oil production in Ogoniland by this October, on leases Shell abandoned in 1993 due to peaceful community resistance. Ogoni elders are demanding proper consultation and an environmental review given their land is “already severely stressed and dangerously polluted.” The Movement for the Survival of the Ogoni People asserts, “[W]e will not allow a process that undermines our natural existence and subdues our rights as a people.”

Prominent fund managers push ‘wind down’ of oil firms
In a recent survey of fund managers who control USD 10.2 trillion in assets, 86 percent said they expect oil companies to align their business with the Paris Agreement. Only 18 percent said oil firms would be good investments in five years if they are still focused on fossil fuels, while nearly one-quarter said oil firms should “wind down their businesses and return cash to shareholders.”

Tar sands companies seek clearance to dump wastewater into the Athabasca
The Globe and Mail reports that the Alberta and federal Canadian governments are developing new regulations to pave the way for tar sands companies to dump treated wastewater from toxic tailings ponds into the Athabasca River, one of the world’s largest freshwater deltas. However, tar sands producers have yet to prove that the water can be stripped of toxins on a large scale. Melody Lepine with the Mikisew Cree First Nation warns, “They always use the river system and our drinking water as a sort of experiment, without really realizing it impacts people downstream.” The plan predates the election of Alberta’s new pro-oil premier, Jason Kenney, who has pledged to launch a “war room” against environmental advocates.

Oil worker deaths spur labor protest in Vaca Muerta
On 5 May, two workers died at a fuel plant in Argentina’s Vaca Muerta fracking project, suffocating from toxic oil fumes after one worker fell into a pool and the other tried to rescue him. Eight workers have died in Vaca Muerta in the past 15 months, in the wake of a deal between a key union and the government to loosen labor protections. The latest deaths spurred a work stoppage at fracking sites operated by Tecpetrol and Pecom, the companies implicated, and calls to address hazardous working conditions. “If the price we have to pay for the exploitation of hydrocarbons is the life of a coworker, from now on we say that the Vaca Muerta project has failed [translated from Spanish],” said Guillermo Pereyra, head of the union that had agreed to the looser labor agreement.

Lopsided Exxon oil deal casts shadow over Guyana
ExxonMobil is plowing ahead to develop its massive Liza offshore oil field in Guyana, approving a second, USD 6 billion phase of the project in early May. But the contract the ruling government struck with ExxonMobil – “one of the most one-sided in frontier oil” – helped fuel political turmoil that could “upend” future oil contract terms in the country. The Caribbean Court of Justice is currently adjudicating the outcome of a December 2018 no-confidence vote in Guyana’s ruling government. If the opposition party gains power, it has vowed to renegotiate lopsided production-sharing agreements made with other oil majors.

Norway approves Equinor expansion of North Sea oilfield
Norway’s climate dissonance – e.g., as one of the world’s top exporters of emissions – continues. Despite reaching a new political consensus to keep oil exploration off limits in the country’s Lofoten Islands, the government continues to approve the expansion of oil extraction elsewhere. The Norwegian Petroleum Ministry last week approved Equinor’s USD 5 billion plan to develop the second phase of its Johan Sverdrup oil field in the North Sea and increase production by more than 200,000 barrels per day. At Equinor’s annual meeting last week, the government – a majority shareholder – also voted down a resolution “demanding Equinor cease oil exploration in sensitive areas” such as the Great Australian Bight.

Exxon predicted, then invested in, a 415ppm world
In 1982, scientists at ExxonMobil predicted that a high-growth emissions scenario could lead to carbon dioxide concentrations upwards of 415 parts per million (ppm) in the atmosphere by 2020. They also warned of the dangers. They were right: In early May, scientists at the Mauna Loa Observatory in Hawaii announced that the Earth’s atmosphere is over 415ppm for the first time in human history. “Despite this knowledge, the company … chose to invest heavily in disinformation campaigns that promoted climate science denial,” ThinkProgress reports.

Oil companies emerge as key beneficiaries of Trump tax cuts
A recent study by the Institute on Taxation and Economic Policy finds that the oil industry has been a major beneficiary of the U.S. tax overhaul championed by the Trump administration. Many large oil companies paid zero taxes in 2018, or even received net returns. For example, Chevron earned USD 4.5 billion in profits but had a negative effective tax rate, earning a net USD 181 million in tax breaks.

Electric Vehicle Outlook 2019
Bloomberg New Energy Finance released its latest analysis of electric vehicle trends, finding that electric vehicles are set to “dominate global sales of passenger cars and buses by 2040,” and that global sales of conventional cars may have already peaked, based on current economic trends (i.e., this analysis does not account for climate goals).