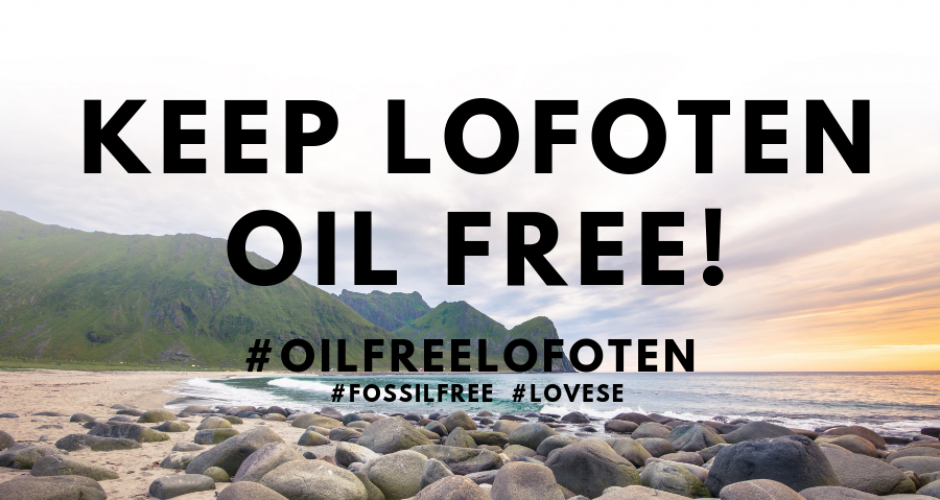 “When I use Google Maps, it gives me several options, but I usually take the one it highlights without thinking too much about it. Do energy and climate road maps work the same way?,” asked Liam Denning in a recent column for Bloomberg.

In the text that follows, Denning lays out why more than 60 prominent business leaders, investors, and climate scientists sent a letter to the head of the International Energy Agency (IEA) earlier this month.

The business-as-usual road map at the center of the IEA’s influential annual World Energy Outlook (WEO) charts a course towards 2.7°C to 3.3°C of warming, a catastrophic outcome. Yet many governments and businesses rely on this scenario to stress-test and justify energy decisions in the present. Even the IEA’s Sustainable Development Scenario falls dangerously short of the ambition needed to have a reasonable chance at limiting warming to 1.5°C. Road maps that forecast too much fossil fuel development could become self-fulfilling prophecies.

Letter signatory Ingrid Holmes, head of policy at Hermes Investment, told the Financial Times that, “as the climate crisis becomes more urgent, the credibility of the scenarios from the IEA has been reduced.”

The letter prescribes a clear course correction: The IEA can and should develop an energy scenario that reflects the full ambition of the Paris climate goals, and put this climate scenario at the center of the WEO. A fully transparent road map to limiting warming to 1.5°C would route decision-makers away from new investment in fossil fuels.

The 2019 Banking on Climate Change report card finds that the world’s biggest banks have increased fossil fuel finance in each of the three years since adoption of the Paris Agreement. The 2019 report card reveals the extent of bank finance for fossil fuel expansion and the fracking sector for the first time. Overall, oil and gas finance far exceeds finance for coal.

The chart below shows the 12 banks that have provided the most fossil fuel finance over the past three years, led by JP Morgan Chase.

U.S. banking giants accounted for 37 percent of the fossil fuel finance analyzed. During a recent hearing, U.S. Congresswoman Rashida Tlaib grilled U.S. banking executives on their climate records, asking, “On the record, will any of your banks make a commitment to phase out your investments in fossil fuels and dirty energy?” None have committed yet.

Norway’s Lofoten Islands gain protection from oil and gas drilling
In a major victory for the #OilFreeLofoten movement, Norway’s biggest political party, the Labor Party, has officially withdrawn its support for oil exploration and drilling off the coast of Norway’s pristine Arctic islands. For the first time, after over a decade of grassroots campaigning, the majority in Norway’s parliament opposes drilling in the Lofoten area. Norway’s government continues to permit new drilling in other areas, and Norwegian oil giant Equinor continues to pursue risky drilling projects in Australia and other regions. But the hard-won consensus to protect Lofoten begins to diminish the industry’s license for expansion, creating new political space to push for further limits on drilling.

Shell summoned to court to stop its climate destruction
On 5 April, Shell was officially served a court summons over its refusal to align its business practices with the Paris Agreement. Milieudefensie (Friends of the Earth Netherlands) delivered the summons directly to Shell’s offices in The Hague, joined by six other non-governmental organizations and 17,379 Dutch citizens as co-plaintiffs. They contend that Shell is engaging in unlawful endangerment, the same grounds on which the Dutch group Urgenda won a lawsuit over the government’s inaction on climate. “By continuing to invest tens of billions in oil and gas every year and by not reducing emissions, Shell is putting international climate goals at risk, and therefore also the inhabitants of the Netherlands,” the complaint summary reads.

U.S. judge restores drilling ban in Arctic and Atlantic waters
In late March, a U.S. federal judge tossed out an executive order from President Donald Trump that had reopened federal Arctic and Atlantic waters to potential oil and gas drilling. As a result, the Obama-era decision to ban drilling in those areas is now restored, putting a check on the Trump administration’s fossil fuel agenda.

After climate destruction hits Mozambique, a call to stop funding fossil fuel extraction
Cyclone Idai, and the catastrophic flooding that followed in Mozambique, Malawi, and Zimbabwe, killed more than 1,000 people and displaced hundreds of thousands more. Anabela Lemos, Director of JA! Friends Of Earth Moçambique, writes that, “One thing is for sure, this is due to climate change,” emphasizing that, “Until now, the world hasn’t committed to what we all know needs to be done: STOP with dirty energies; and STOP funding fossil fuels and dams in our countries.”

Big Oil: The new Big Tobacco
ExxonMobil’s lobbying to undermine a first-of-its-kind European Parliament hearing on industry climate change denial “epitomizes the very behaviour the hearing was convened to address,” writes Harvard researcher Geoffrey Supran in Euractiv. Exxon misled parliamentarians in a leaked letter, and then refused to show up at the hearing itself, prompting a dozen parliament members to call for banning Exxon from lobbying. However, EU Parliament leadership failed to vote on the ban request last week.

Wet’suwet’en announce new phase of struggle against TransCanada gas pipeline
In January, police brutality against the Wet’suwet’en First Nation’s pipeline blockade in British Columbia sparked solidarity protests across Canada. Members of the Likhts’amisyu Clan recently announced they will launch “a new phase of struggle” against TransCanada’s massive Coastal GasLink pipeline in late April. The clan plans to create “a new, permanent land reclamation on their territory” to “impede the ability of the Coastal GasLink corporation to force their pipeline through Wet’suwet’en land.” Find more information about the clan’s resistance plans.

UK legal ruling curtails injunction against fracking protests
UK activists won a legal challenge this month against oil and gas companies’ sweeping injunctions designed to chill fracking protests. An appeals court struck down portions of an injunction granted to Ineos, finding that the restrictions placed on protests at company sites were “both too wide and insufficiently clear.” According to a lawyer for the activists, the injunctions “undermined the protections of civil liberties and human rights in the UK.” The ruling should impact similar injunctions that had been granted to Cuadrilla, IGas, UK Oil & Gas, and Angus Energy.

Greta Thunberg donates prize money to keep Arctic oil in the ground
The instigator behind the global student strikes for climate is using her platform to support campaigns to keep fossil fuels in the ground. Last Friday, the Fritt Ord Foundation announced it will honor Greta Thunberg and Natur og Ungdom (Young Friends of the Earth Norway) with its 2019 prize for freedom of expression. Thunberg promptly announced she will donate her prize money to support the “People vs. Arctic oil” lawsuit brought by Natur og Ungdom and Greenpeace Norge against the Norwegian government. The suit seeks to stop Norway’s licensing of new oil and gas exploration, claiming it violates constitutional protections for the environment.

Alberta’s old wells are a fiscal and environmental ‘ticking time bomb’
Data obtained through freedom of information laws by the Alberta Liabilities Disclosure Project (ALDP) show that Alberta regulators have significantly understated the potential costs of cleaning up old, unproductive oil and gas wells in the Canadian province. ALDP’s analysis indicates the cleanup costs associated with over 300,000 unreclaimed wells could be CAD 70 billion, 3.5 times higher than regulators have indicated. Alberta only has CAD 200 million held as a cleanup security deposit. According to lead researcher Regan Boychuk, “Fiscally and environmentally, this is a ticking time bomb.”

World Bank questioned over finance for the world’s largest oil refinery
Deutsche Welle looks at the implications of World Bank finance for an oil refinery in Nigeria that, once constructed, will rank as the world’s largest. Africa’s richest businessman is behind the project. Despite the World Bank’s recent move to end upstream oil and gas financing, Urgewald research shows that the bank’s docket of energy projects in Africa has remained skewed towards fossil fuels in recent years. Akpan Ekpo, director general of the West African Institute for Financial and Economic Management in Lagos, says this is not in Nigeria’s best interests: “The oil as we are aware is no longer that sustainable going forward … [T]he petroleum industry is an enclave, it does not generate many jobs – in Nigeria we need industries that create jobs.”

Chevron’s purchase of Anadarko: The biggest shale buyout yet
Chevron announced last week it is buying Anadarko for USD 33 billion – the largest oil industry deal since 2015. As CNBC puts it, the move reflects oil majors’ aim to “essentially turn shale fields into factories” and leverage scale in drilling more oil out of the U.S. Permian Basin. Chevron will also acquire significant assets in Colorado, the Gulf of Mexico, and Mozambique. [UPDATE: On 9 May, Chevron backed out of the bidding, after Occidental Petroleum agreed to pay USD 38 billion to buy Anadarko.]

Amazon employees push for ‘complete transition away from fossil fuels’
A letter signed by more than 5,000 Amazon employees calls for the company to commit to transitioning its business off of fossil fuels in a time frame aligned with limiting global warming to 1.5°C. The letter includes a demand that Amazon cease business operations “devoted to helping fossil fuel companies accelerate and expand oil and gas extraction.”

Tree planting: Oil majors’ latest diversion from a managed decline
Shell announced this month that it will invest USD 300 million over three years in tree-planting projects and offer customers the choice to purchase related “carbon offsets” at the pump. Eni also promoted a plan last month to plant 20 million acres of forest in Africa. Yet, it is difficult to verify whether forest projects actually reduce emissions, and the associated investments are minuscule compared to the sums oil majors continue to pump into extraction. For example, Shell could spend close to USD 55 billion on new upstream oil and gas projects from 2019 to 2025.

IEEFA analysis: Trans Mountain financials are ‘clear as mud’
A new report from the Institute for Energy Economics and Financial Analysis analyzes the financials from the Canadian government’s controversial purchase of the Trans Mountain pipeline, finding that the deal is structured in a way that makes it impossible to determine how much Canadian taxpayers are liable to pay.

Study: Shift to zero-emission vehicles key to reducing childhood asthma
A new study published in The Lancet Planetary Health (open access) finds that air pollution from cars and trucks causes more than 1 in 10 cases of childhood asthma, or 4 million annually. The implication is that a swift shift to zero-emission vehicles – supplanting oil with electricity in transportation – is key to improving the health of children worldwide.

Report: 100 percent renewable energy system is achievable before 2050
An in-depth report from Finland’s LUT University and the Energy Watch Group models a global transition to 100 percent renewable energy across all sectors – power, heat, transport, and desalination. It finds that achieving a complete transition before 2050 is feasible and cost-effective to limit warming to 1.5°C.